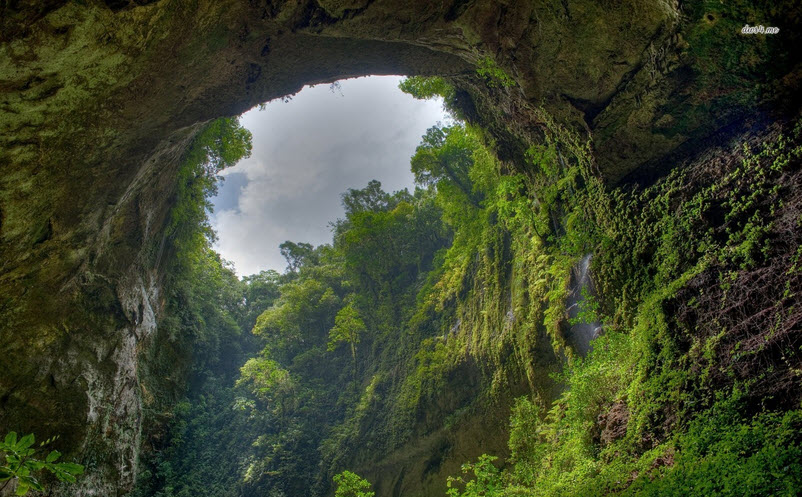 Central Quang Binh province earned more than 22 billion VND (over 1 million USD) in the first half of this year alone from tours into Son Doong, the world’s largest cave.

According to Oxalis, the only operator allowed to run tours of the cave, visitors rate the tour as a once-in-a-lifetime adventure with professional tour guides and staff, who pay careful attention to the health and safety of the trekkers and provide amazing service and supplies.

The tour has received a lot of positive feedback on TripAdvisor, the world’s largest travel site, the firm said.

Oxalis provides tour group members with the necessary caving equipment and has prepared a landing field for helicopters in case of emergency. In addition, the operator includes public liability insurance in the registration fees.

To ensure no damage is caused to the cave ecosystem, the water quality of the river inside the cave is examined every six months, while the campsites are decontaminated regularly.

All of the camps use composting toilets in order to eradicate paper waste and protect the delicate ecosystem.

Thanks to these measures, the natural beauty of Son Doong cave has been preserved perfectly after two years of operation.

Oxalis revealed that Son Doong tours are fully booked this year, while more than 400 Vietnamese and hundreds of international explorers are still on the waiting list.

Son Doong Cave, which scientists believe was formed 2-5 million years ago, was first discovered by a local resident in 1991.

In 2009, a group of British scientists from the British Cave Research Association prepared the cave for public access, in a limited capacity, after extensively surveying the area.

Son Doong is at least 6.5km long, 200m wide and at least 150m high. Its largest chamber is a whopping 250m high – high enough to accommodate a 40-storey skyscraper.